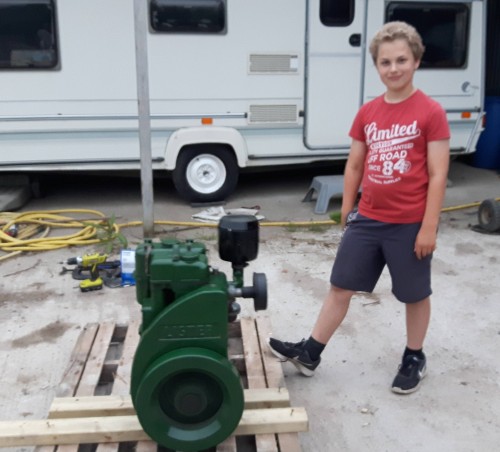 Back in the summer of 2018, James decided that he wanted a new project. He saved his pocket money, and did odd-jobs around the place for extra cash, and eventually managed to get enough money together to buy himself a stationary engine.

Since this was his first engine, we didn't want anything that was too much of a "project".  The last thing we needed was something that would take a whole load of extra time and money to get working.  We trawled eBay for a week or so, looking for a deal on something sensible, and eventually found a 1969 Lister LD1.

It was local enough that we could collect, and appeared to be in pretty good shape.

The LD1 is a single-cylinder air-cooled diesel engine and should be an ideal base for the project.    The plan is to mount the engine on a small trailer along with some vintage dairy equipment so we have an exhibit for local shows.