Time for a rebuild 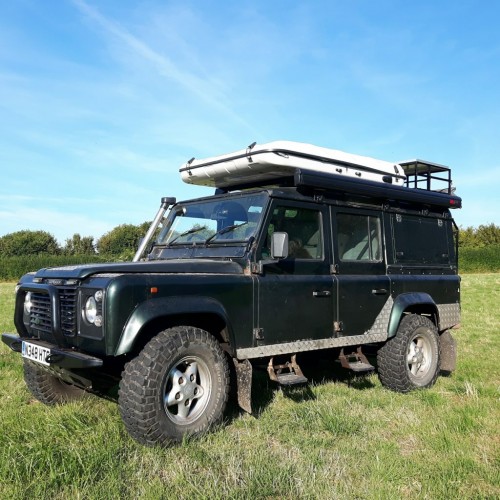 As any proper Land Rover owner knows, the project is never finished and there's always something to do.   Well, despite looking reasonably good in a photo, my 110 very much falls into the category of "needing work" at the moment.  The bulkhead is in need of repair around the top rails, and was patched up in a few places for the last MOT; the paintwork is starting to get scabby in a few places and the engine has developed an annoying number of leaks.  Add that to the pheasant which took out my windscreen just recently leaving me with a white screen surround (it was the only colour I had lying around) and the poor thing is looking a bit sad.

So, rather than fiddle around, I've decided to bite the bullet and do a proper rebuild job.   Over the coming weeks, the plan is to take the vehicle down to the chassis, swap the engine out, replace the bulkhead and give the whole thing a new coat of paint.

I've been gathering body panels and other bits for some months so it's time to get started.

I won't give away too much at this point, but it won't be long before the grand plan is revealed!