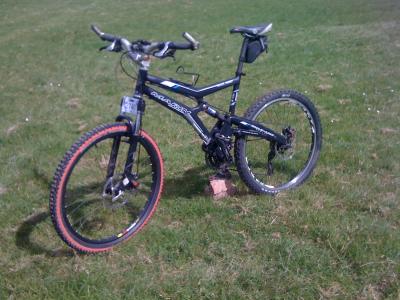 Well, my plan to meticulously document the rebuild of my bike failed miserably..  mostly because of the time I had to do it, and also because I got too involved in the job to take photos.

So, here's one I prepared earlier !

The bike went together really well.  I fitted a new headset and new gear cables whilst I had it all apart, but most of the rest was a straight swap.

The frame is a Marin Mount Vision, from 2005.  Designed by Jon Whyte and it's a lovely ride.   Stable at speed, and really reactive when you want to change direction.

So, here it is...  shiny and clean just before its first major outing...  The Wiggle New Forest Spring MTB

Hopefully, it'll be a good event !